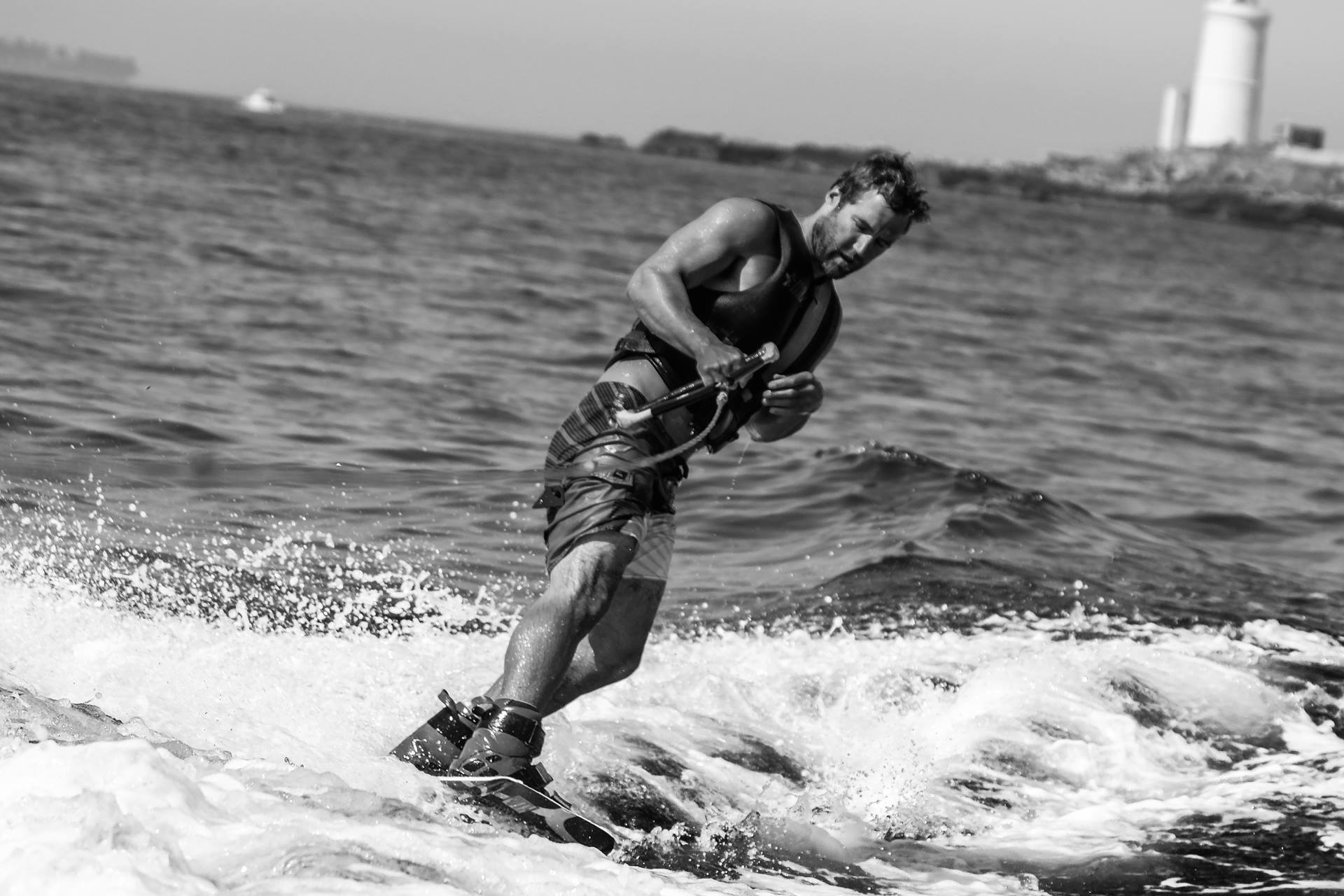 I’ve got a confession to make to you…I’ve never revealed this before as, to be honest, it’s pretty embarrassing.

When I first started teaching kiting over 13 years ago…

You see one of the major problems for me as a kitesurfing instructor was if the wind didn’t blow I didn’t get paid. It also meant that I was often working when it was windy so didn’t get out very often myself and was always too tired after teaching all day to take myself out.

What I really wanted was to be able to earn money irrespective of what the wind did and give clients a great holiday no matter what, whilst being a kick ass kiter myself. You know, one of those kiters who made people walking along the beach stop and point.

In these early days I was losing money hand over fist. It wasn’t that we didn’t have the students just that every time the wind failed to blow, we lost money. As a kiter I wasn’t improving as I if it was windy I was working and I was just too tired to go kiting on my rare days off.

On the inside I was shrinking. I felt like a failure as an instructor, a kiter and a businessman. My business was failing and my kitesurfing was going backwards to the point where I was embarrassed to go kiting in front of my students in case I got “found out.”

1) I saw a student of mine who I’d taught to ride just 6 months earlier and they were now much better than me.  On the outside I pretended to be stoked for them, on the inside I was crushed.

2) For 3 months straight there was no wind meaning we couldn’t teach.

This was the worst period of my life, lying awake at night worrying about what was going to happen to me, wondering when they were coming to take my car away, feeling like an utter failure, depression, manic spurts of desperately trying to make something work and probably worst, losing the desire to go kiting which had historically been my de stressor.

One day I sat in front of the camera ready to announce the closure of Tantrum Kitesurf and the end of everything I loved.

At that very moment I was struck by a thought.

All these problems had been caused because I had been dependent on something that was fundamentally beyond my control. Barring gaining X Man like powers I was never going to control the wind and I was on a fast track to misery basing my life and my happiness on something over which I had no control.

So sitting there that day I asked myself a simple question…

What can I control?

In that moment it hit me…

There is one variable that had more impact on my kitesurfing performance, on how fast I learned, on how quickly I landed my next trick, on how much stoke I get from this sport…

One variable that could MASSIVELY improve my kitesurfing and I could work on it when there’s no wind. In fact it’s easier to work on it OFF the water than ON the water.

And what’s more, it’s a variable I had total control over.

You see I realised in that moment…

If I could master all this, I couldn’t help but be a better kiter.

You see what I raised in that fateful moment was that the most important variable in my kitesurfing wasn’t the wind…it was me!

Just ask yourself now…If you could master all that, do you reckon your kiting would improve?

I got up and started scribbling into my notebook for the next 8 hours straight.

I realised if I could implement this in my kiting and in my teaching I could solve my problems instantly by effectively working on my own and my clients kitesurfing performance when they were OFF the water, improving their fitness, helping them lose weight and gain the perfect body composition and tweaking their lifestyle to allow them to unleash their maximum potential on the water.

Now at the time we had the perfect vehicle to do this, we ran week long kiting camps so we had plenty of time and opportunity to implement this and see what happened. 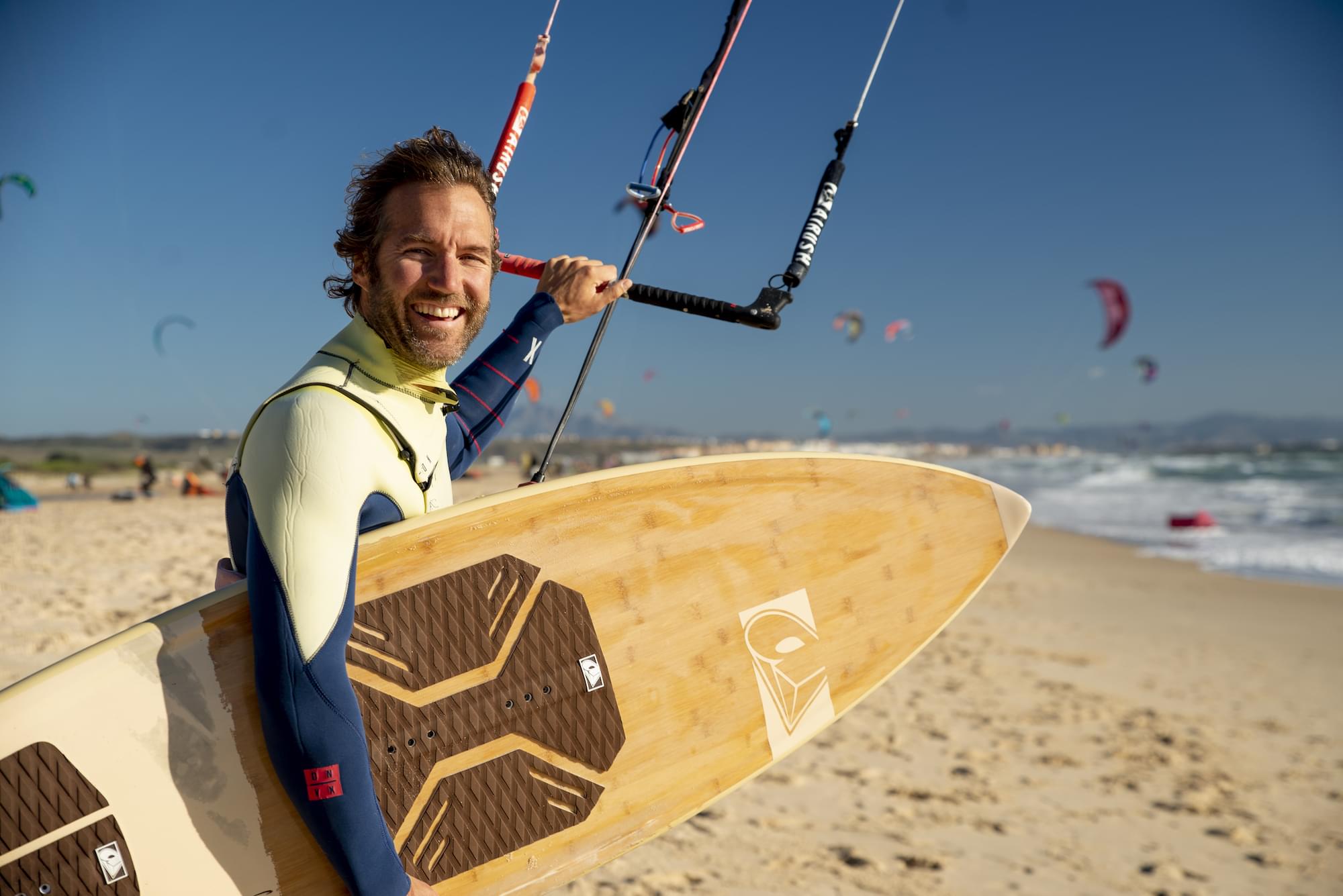 We saw exponential gains in people’s kitesurfing straight away, people learning to kitesurf days if not weeks faster, people progressing more in 1 day than they had in the previous 5 years, happier clients and I got paid.

My kiting improved massively despite not having been out for 6 months I got back on the water and landed 3 new tricks, had energy to burn and as a result got out on the water much more.

However there was a problem.

I was only able to teach 6 people at a time and they had to get themselves to Spain.

I also found that the wind actually started getting in the way! When it was windy we missed a lot of the OFF the water training that was actually more important in the long run.

And so I created The NTX Program. Enabling me to teach these techniques to people anywhere on the planet getting them the same results we got on our camps and I got in my kiting.

It exponentially changed their lives so they could not only kitesurf more, at a higher level, for longer, but look better, feel younger, have a sharper mind, a more responsive body, sleep and recover like a king and have energy to burn on and off the water.

All using the revolutionary NTX system to get better results…faster. 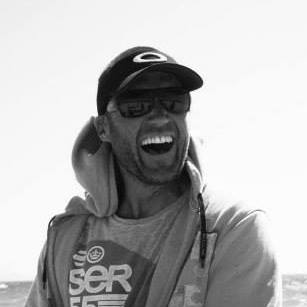