Your Two Brains (And it’s not what you think gents!)

You were born with 2 brains.

One of them is awesome at kitesurfing.

The other one sucks..big time.

The awesome brain I call the animal brain, the sucky one, the human brain.

The animal brain is incredible at pretty much everything, it’s faster, more accurate and requires much less looking after than the human brain. It is however a shy and timid beast.

The good news is you have your own animal brain… 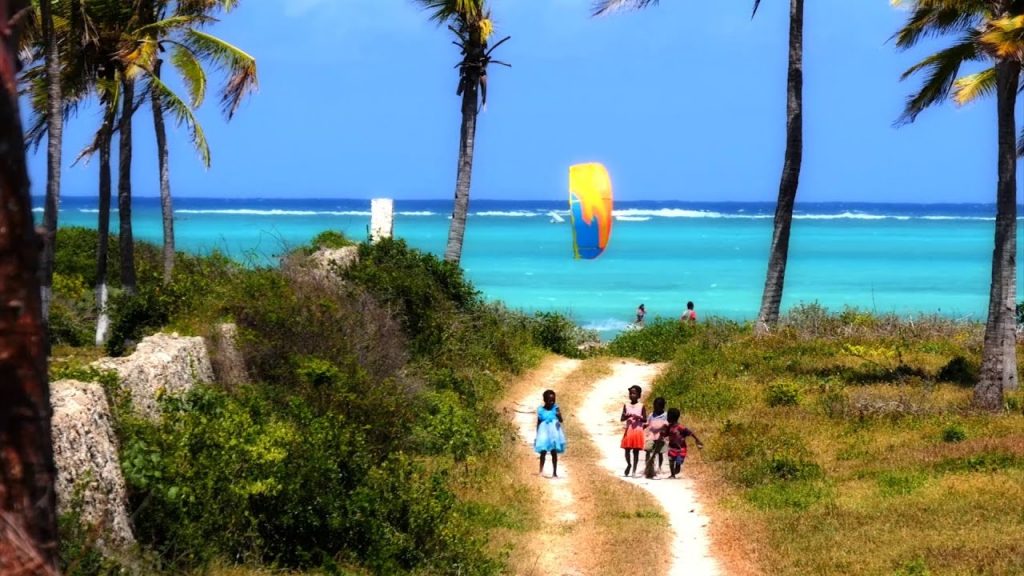 The animal brain is our instinctive brain…

The brain we share with lizards. It includes not just parts of the actual brain but also the nervous system and any intelligence held within our body, muscle memory and the like.

It’s responsible for all our instinctive actions, the actions which happen without you thinking about them and thus have very little control over.

The withdrawal reflex when you put your finger in a fire.

The instinctive flinch when someone raises their fist to hit you.

The uncontrollable laughter when your mate smacks himself full in the face whilst trying to pull his wetsuit on (well maybe not, but I for one don’t have much control over this one).

It does it’s work under the hood and we have very little access to the controlling mechanism.

Your human brain is your rational mind. This is the part of the brain that we use for planning ahead, for rationalising, for analysing past events and predicting future consequences, the inner critic. 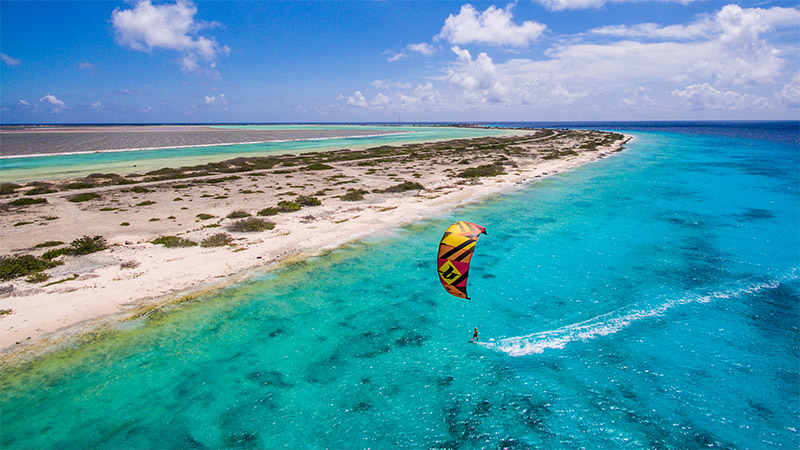 Because your human brain has to think about it’s response.

All that awesome technology that goes in to making the human mind the most powerful supercomputer in the known universe has to swing into action.

It’s got a workout what the incoming information means, pass it through various filters, work out what it means to you now, determine an appropriate response and send the response back to you, so you can do something about it.

The animal brain doesn’t do that. Whenever an incoming stimulus matches the correct pattern the appropriate response is automatically fired.

No thought, no hesitation.

And thank God it is

In a survival situation where every split second counts this is crucial.

First off though we need to get one thing straight…

It thinks it’s a bit of an idiot.

The human brain likes to think it’s very intelligent because of it’s higher reasoning capacity. It loves technical, results based, how to style information. It wants detailed instructions telling it EXACTLY what to do in every single situation.

It then uses this technical know how to browbeat the animal brain, constantly telling it what it should be doing. You experience this when you’re learning to kitesurf.

It’s that constant voice in your head saying.

“Ok keep your eye on what your doing, dummy…”

“And watch out for that other person over there…”

The problem is when your human brain is commanding the animal brain like this, your animal brain doesn’t perform very well, it crumples under the pressure.

Compare and contrast that experience to changing gear in a car.

The first time you tried changing gear (if you’re anything like me) it seemed like an impossible task. There’s all these different things to do, in the correct order, coordinated over feet, eyes and arms and you’ve got a split second to do all of it.

Your human brain was constantly on at you to do this, don’t forget that, push the clutch you idiot etc and as as result you got stressed out and the whole experience felt clunky as you waited for the human brain to tell you what to do next.

Now, if you’ve been driving a while, I bet you can’t break it down into its separate parts. Its become one action that you do not think about. You human brain does not get involved. It’s learned to trust the animal brain on this one and as a result you perform the task effortlessly.

And if you do try and think about it, and I challenge you to do this (make sure you’re on a quiet wide road at the time)  often the action doesn’t feel natural at all. 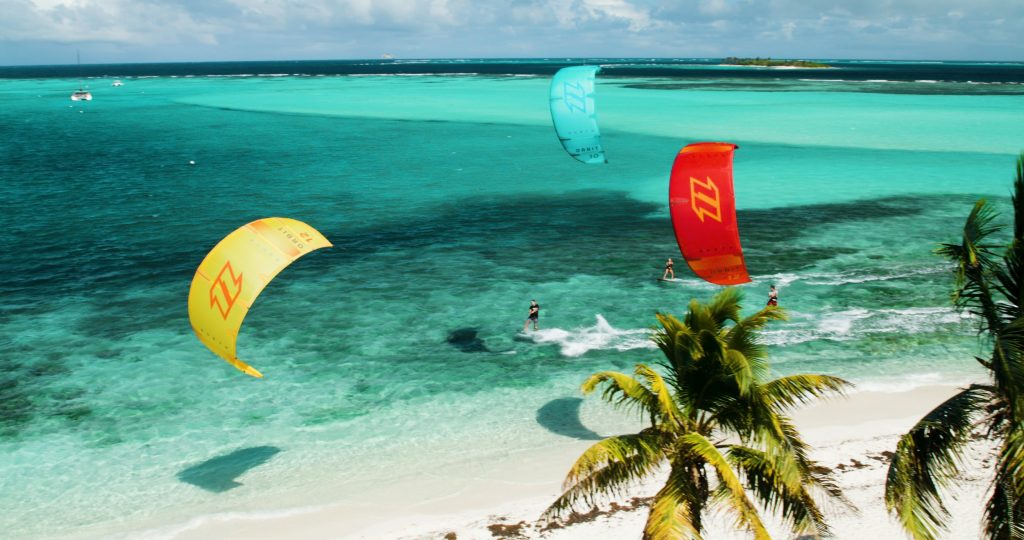 When you’re on a roll, in the zone, deep in the flow state, lost in the moment. Just doing it…

You’re not thinking about what you are doing AT ALL.

It does really well,

So what we’re actually trying to do when we’re teaching you a new sport is to get your human brain to shut up. To stop it feeding this information, these endless instructions and criticisms to the animal brain…and just let it get on with it.

“Ok great,” you might be saying, “but even when changing gear for the first time I wanted to have the human brain telling me what to do. Otherwise I wouldn’t have a clue what to do in the first place.”

Yup I’m right with you.

In fact I would advise you to swot up on as much technical knowledge as you can BEFORE you start.

Watch all the YouTube video’s you can, visualise your move over and over, have a perfect picture in your head of what you are trying to achieve, feed the human brain and let it transmit this knowledge (osmosis style) to the animal brain.

But when you actually hit the water, forget it all and let the inner animal do it’s job…believe me, it’s much better at kitesurfing than you are.

Ok so hopefully you’re now convinced of the need to allow your animal brain to take over when you’re on the water.

But how do you do this in practice?

Performance in anything can be measured by a really simple equation: 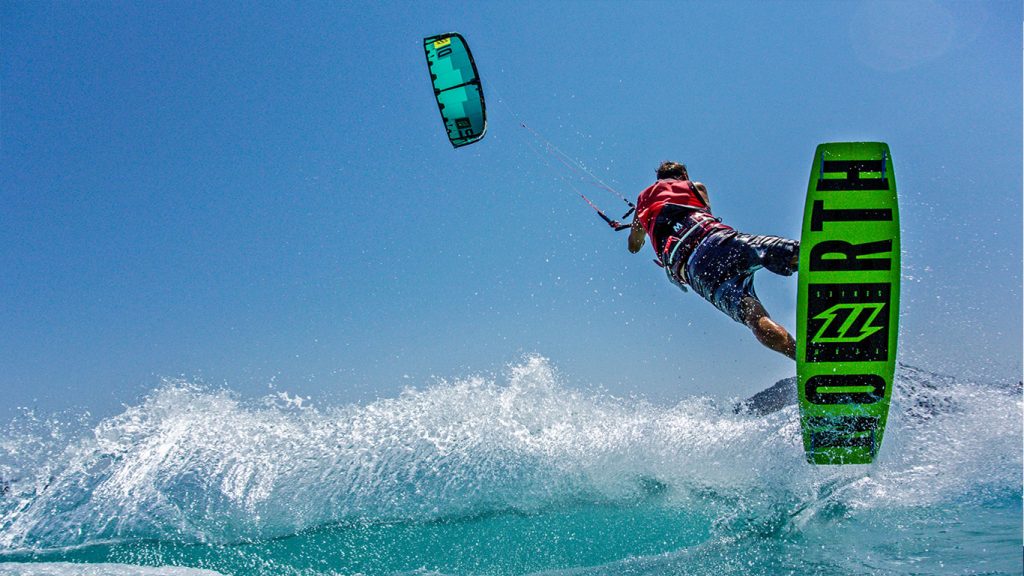 So rather than carrying loads of technical information onto the water with you, clear it all from your mind, “Let Go.” Remove any attachment to the result and focus on the feel of the exercise. Invite your animal brain to jump in, take over and work it’s magic.

All too often I see coaches giving their students a lecture of things they need to do before they get in the water. This sets the human brain off worrying it has forgotten something whilst also trying to focus on 15 different things at once and then screaming at the animal brain when it inevitably messes up!

The clever way to do this is to have an image in your head of what you are trying to do and just concentrate on the sensations in your body around that movement, notice what is tense, where feels blocked and what feels easy and effortless.

Do this while you are practicing and after a few attempts you’ll feel everything starts to flow much more easily as you notice and naturally relax the parts of the body under tension.

We noticed this working time and again when teaching the waterstart.

We could give a student all the technical know how in the world, send them out again and again, correct their technique in infinitesimal detail on the beach, use video feedback, and…

Progress would still take ages, if happen at all.

When we switched to giving students a few exercises that focussed them on the movement they were attempting whilst allowing them to remain fixed in the moment rather than worrying about the outcome, in short allowing the animal brain to take control, our success rate went through the roof! 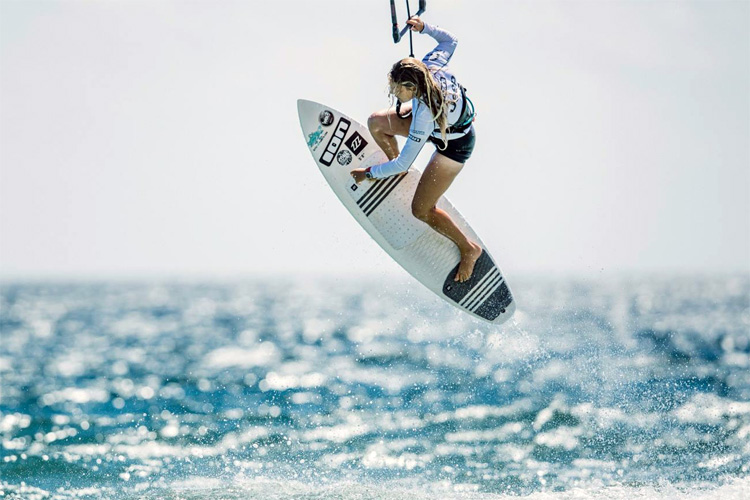 I invite you to try this the next time you are out on the water and see how it feels.

However then we hit our next barrier, and this is the huge barrier for many.

The animal brain is only as good as the hardware it commands.

You can have the best animal brain in the world, but…

In short if your body (your hardware) physically isn’t capable of doing what you want it to do.

It’s all for nothing.

So we extended our equation to:.

Once you can master this equation and apply it to your kitesurfing and by extension to your whole life, you’ll be performing not like an animal, but like a BEAST!

I run an exclusive VIP club where we delve in to this and a load of other stuff in much more detail to MASSIVELY improve your kitesurfing when you’re OFF the water by upgrading your body and mind specifically for kitesurfing, you can check it out here >>

See you on the water,